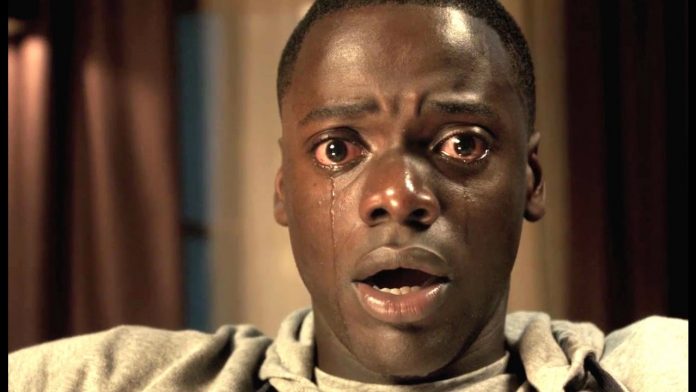 Get Out movie review of Jordan Peele’s new movie is simple–it’s worth your time and money. Just in case you haven’t been paying attention, Get Out is one of the biggest movies of the year. Everyone talks about this suspense/scary/drama film: your friends, co-workers, and strangers at the grocery store. It’s the kind of buzz that makes some films lots of cash and kudos from critics simultaneously.

The film’s creator and director is Jordan Peele of Key & Peele sketch comedy series fame. Peele brought his different brand of comedy—and viewpoints—to the big screen and found success. So, what’s all the hype about you ask?

Follow couple Chris and Rose as they embark on a weekend getaway to meet her parents. This is an often stressful time for either mate, but even more so when the couple is of two different races. Peele hits stereotypes of both races head on-pulls no punches in search of the truth. A second viewing of Get Out is not a bad idea-look for the symbolic imagery that could be missed during the first viewing. But back to the Get Out movie review…

The weekend is filled with weird meetings and events that put Chris on edge. His girlfriend’s family, their housekeeping staff, and friends are way beyond different. It’s like the Twilight Zone, and Chris is apparently the only one that believes anything is astray.

Rose tries to calm her boyfriend, but Chris isn’t so sure about his surroundings. After Chris calls his best friend back home, and a couple more weirdo moments, his fears are now warranted. But is it too late?