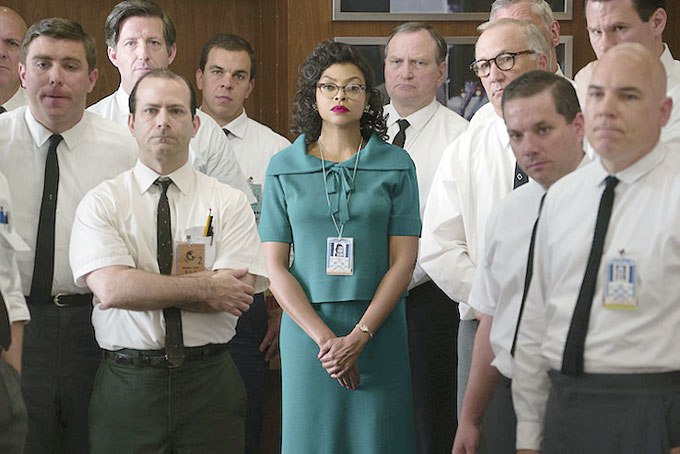 Some of the best movies are those that are based on true stories. And this Hidden Figures movie review is based on an important one. Let’s go into outer space.

Figures revolves around African American female mathematicians and engineers working at NASA during the Space Race. The main star Taraji P. Henson (Katherine Johnson) is one of several responsible for orbital calculations to ensure spacecraft make it to the moon and back.

But this is a story that takes place mid-century, and as a result race is sometimes front and center. From the Kevin Costner scene where he attempts to liberate a segregated bathroom to the uncomfortable and unwelcome stares Henson’s character experiences at work.

But our movie rating of Hidden Figures uncovers more. We see exceptional humans rise to the occasion. Tapping their incredible mental capabilities to ensure safe spaceflight when there was no such thing.

The nonfiction book by Margot Lee Shetterly in which Figures is based on, also tells the story of love. We watch in great anticipation as Mahershala Ali (Jim Johnson) and Taraji P. Henson characters grow together romantically.

Octavia Spencer (Dorothy Vaughan) is a supervisor that has been regularly overlooked for promotion and Janelle Monáe (Mary Jackson) is not given much encouragement as she embarks on an engineering degree.

As these three women face and overcome their individual challenges, audiences will be enriched knowing that with a collaborative effort anything is truly possible.