Top 10 action movies like Casino Royale, are what filmmaking is all about–great entertainment! If the film stars James Bond, you know there will be exotic locations, fast cars, lovely women, and outstanding action sequences. This Bond series follows 007 on his mission to spy on international terrorist Le Chiffre (Mads Mikkelsen). Bond tracks him everywhere–even a high-stakes poker game in Montenegro.

The movie Bad Boys was a big commercial hit for the film’s director Michael Bay. The action follows Miami cops Mike Lowrey (Will Smith) and Marcus Burnett (Martin Lawrence) as they try to recover $100 million dollars worth of stolen heroin. The only problem they face is that the heroin was stolen from police headquarters, and have know clue who pulled it off.

Our top 10 action movies list continues with #8 La Femme Nikita. Convicted felon Nikita (Anne Parillaud), instead of going to jail, is given a new identity and trained to be a secret police assassin controlled by the government. Her lonely life is warmed when she falls in love with a man who knows nothing of her mysterious life.

Jason Bourne (Matt Damon) continues his international quest to uncover his true identity. From Russia to Europe to northern Africa to the United States, he must stay one step ahead of those who would capture or kill him before he has a chance to discover the truth. The Jason Bourne Franchise is in good hands.

Although it is a classic action movie from the 70’s, Enter The Dragon is a must see. One of the most popular karate films produced and perhaps the peak of Bruce Lee’s career. Lee’s charisma on screen, and the superb fighting sequences, make this a winner every time.

The plot: A man robbed of his family, name and his dignity. Audiences follow Maximus Decimus Meridius (Russell Crowe) as he strives for revenge. The death of emperor Marcus Aurelius (Richard Harris) throws the Roman Empire into chaos. Maximus is one of the Roman army’s most capable and trusted generals and a key advisor to the emperor. But Aurelius’ devious son Commodus (Joaquin Phoenix) has plans of his own for the throne. As top 10 action movies go, Gladiator is a home run.

New York City policeman John McClane (Bruce Willis) is visiting his estranged wife (Bonnie Bedelia) and two daughters on Christmas Eve. He joins her at a holiday party in the headquarters of the Japanese-owned business she works for. But the festivities are interrupted by a group of terrorists who take over the exclusive high-rise, and everyone in it.

What if virtual reality wasn’t just for fun, but was being used to imprison you? That’s the dilemma that faces mild-mannered computer hacker Thomas Anderson (Keanu Reeves). Anderson, aka Neo, works in a cubicle manning a computer and does side jobs after hours. It’s through this latter activity that Mr. Anderson makes the acquaintance of Morpheus (Laurence Fishburne). The leader of the rebellion has some interesting news–everything Neo knows about his life is not real.

A joint project of Hollywood prodigies George Lucas and Steven Spielberg, Raiders of the Lost Ark is not so much a action movie as it is a two hour thrill ride. This movie starts off at 100 mph and stays at that speed until the final scene. You’ll cheer for the mild mannered archeologist every step of the way. Wildly successful, this heavyweight film delivered–making more than $200 million dollars during its first run.

Ordinarily most blockbusters don’t do well over time, but not our #1 top 10 action movie The Terminator. This film begins in the post-apocalyptic year 2029: Los Angeles is under the thumb of all-powerful ruling machines. A member of the human resistance movement Kyle Reese (Michael Biehn) is teleported back to 1984 to prevent the mother of the 21st-century rebel leader from being killed by a virtually indestructible cyborg–The Terminator (Arnold Schwarzenegger). Great action and one of the most memorable lines in movie history: “I’ll be back.” 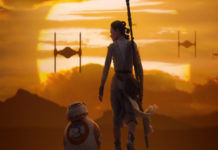 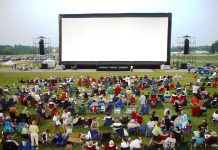 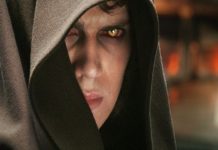 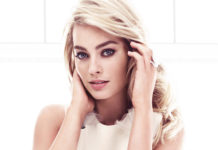