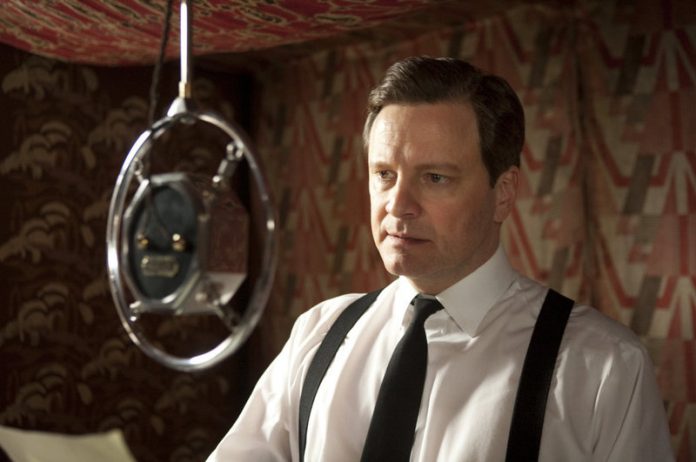 We start our list of top 10 biopics with the movie What’s Love Got To Do With It. Many were unsure if Angela Bassett would be able to pull off the story of music giant Tina Turner. Bassett put all her critics skepticism to rest with this 1993 biopic hit.

Turner (Born Anna Mae Bullock) discovers her love of singing in her Tennessee church choir. She decides to move to St. Louis to pursue a career, and there she meets the charismatic Ike Turner (Laurence Fishburne).

He rechristens her Tina, and the new brand of Ike and Tina take the charts by storm. Ike begins to physical and verbally abuse Tina, forcing her to decide about her life and career.

#2 on our list of top biopic movies is Capote. Reading about the murder of a Kansas family, New York City novelist Truman Capote (Philip Seymour Hoffman) decides to take a closer look for himself.

Johnny Cash was a big personality and filling his shoes on screen takes superior acting skill. Tinseltown picked the right actor for this biographical film in Joaquin Phoenix.

The rise of the country music legend Cash (Joaquin Phoenix) begins with his days as a boy growing up on the family farm. It was here where he struggled under the scorn of his father (Robert Patrick). As the years pass, Cash ends up in Memphis with his wife Vivian (Ginnifer Goodwin).

He soon breaks into the music scene after developing his trademark sound. While on tour Cash meets the love of his life, singer June Carter (Reese Witherspoon). A great country western singer–but his volatile lifestyle threatens to end his relationship.

England’s Prince Albert (Colin Firth) must ascend to the throne as King George VI, but a speech impediment threatens that.

Aware that the country needs her husband to communicate effectively, Elizabeth (Helena Bonham Carter) hires Australian actor and speech therapist Lionel Logue (Geoffrey Rush). An extraordinary friendship develops between the two men, as Logue uses unconventional means to teach the monarch how to speak with confidence.

Although the Kings Speech doesn’t sound like it would be very entertaining on paper, trust us it is. In fact, it’s one of the best biopics movies of the last decade.

The best biographical movies start with a terrific story. One that easily resonates with lots of folks. Second, they ensure a cast that will deliver on that story. Third, great actors commit 100% to a role.

Settling in the Castro District, he opens a camera shop and helps transform the area into a mecca for gays and lesbians. In 1977 he becomes the nation’s first openly gay man elected to a notable public office when he wins a seat on the Board of Supervisors. But the following year, Dan White (Josh Brolin) seeks to change that.

Sean Penn’s performance shows his dedication and commitment to delivering the best. His effort helps to create a great film, and one of the best biopics on Netflix.

Next on our top 10 biopics movie list stars Daniel Day-Lewis. There are some great actors in the film business and then there’s Mr. Daniel. His performance in the biopic My Left Foot will leave you in awe.

No one expects much from Christy Brown (Daniel Day-Lewis), a boy with cerebral palsy born into a working-class Irish family. Though Christy is a spastic quadriplegic and essentially paralyzed, a miraculous event occurs when, at the age of 5, he demonstrates control of his left foot by using chalk to scrawl a word on the floor.

With the help of his steely mother (Brenda Fricker)–and no shortage of grit and determination–Christy overcomes his infirmity to become a painter, poet and author.

#4 on our top 10 biopics list is Malcolm X. A Spike Lee classic that needed cash from the likes of Oprah Winfrey, Michael Jordan, Magic Johnson, Janet Jackson, and even Prince to prevent a production shutdown.

An honor to the controversial black activist and leader of the struggle for black liberation. Malcolm X (Denzel Washington) hit bottom during his imprisonment in the ’50s, he became a Black Muslim and then a leader in the Nation of Islam. His assassination in 1965 left a legacy of self-determination and racial pride.

There is a lot to unpack in X: race relations, education inequality, prison reform, and more. But it takes on those obligations–enlightening and entertaining at the same time. Malcolm X is not only one of best black biopic movies made, but also one of Hollywood’s best films as well.

It’s a long movie for sure, but that doesn’t stop Lawrence of Arabia from making our top 10 biopics list. O’Toole, Guinness, and Sharif collaborate to give us one of best biopics of all time.

Due to his knowledge of the native Bedouin tribes, British Lieutenant T.E. Lawrence (Peter O’Toole) is sent to Arabia to find Prince Faisal (Alec Guinness) and serve as a liaison between the Arabs and the British in their fight against the Turks.

With the aid of native Sherif Ali (Omar Sharif), Lawrence rebels against the orders of his superior officer and strikes out on a daring camel journey across the harsh desert to attack a well-guarded Turkish port.

It is hard for a good film to get noticed by Hollywood or by the Oscars, but Lawrence of Arabia is, and it did. The seven Academy Awards it won proves it’s one of the best biopics of all time.

Jamie Foxx becomes Ray Charles in this inspirational biopic. This Oscar winning biography is one of the best Hollywood has produced recently. The backstory and the development of Ray Charles Robinson Sr. is enthralling.

Some actors are born to act in movies spanning decades, while others were born to play one specific role. Jamie Foxx was born to play Ray Charles. You will enter the world of Mr. Charles and remain there for two and half hours. (Jamie Foxx breaks the fourth wall at the end.)

The music, the supporting cast, and the engaging story, all do an expert job of paying tribute to the overwhelming talent of Ray Charles.

When Ben Kingsley takes hold of a role, audiences can rest assured they are getting the best of the best. Gandhi won eight Academy Awards including Best Picture and Best Actor and is #1 on our top 10 biopics list.

The political weight that this great biopic movie deals with is enormous. But somehow, the spirit of Mohandas (Mahatma) Gandhi, and Kingsley’s stellar performance shine through.