We start our top 10 controversial movies list with Lolita, a 1960’s classic. With a screenplay penned by the author himself, Stanley Kubrick brings Vladimir Nabokov’s controversial tale of forbidden love to the screen. Humbert Humbert (James Mason) is a European professor who relocates to an American suburb, renting a room from lonely widow Charlotte Haze (Shelley Winters). Humbert marries Charlotte, but only to nurture his obsession with her attractive teenage daughter Lolita (Sue Lyon). After Charlotte’s sudden death, Humbert has Lolita all to himself–or does he?

#9 on our top 10 controversial movies list is Irreversible. A French mystery/thriller that depicts so much violence, that film critic Roger Ebert thinks most folks will not be able to take it. That comment alone may just pique the interest of a few to want to see what all the fuss is about. Violence at the hand of a fire extinguisher and the raping of a woman that will leave you uncomfortable to say the least, are just two samples of the shock in store. Shown in a non-linear format, the film stays true to its purpose if no more.

Dallas Buyers Club explores life living with HIV/AIDS in the mid 80’s. Matthew McConaughey and Jared Leto both won Oscars for their performances for Best Actor and Best Supporting Actor respectively. The synopsis: rodeo cowboy Ron Woodroof (McConaughey) is diagnosed with AIDS and giving 30 days to live. Refusing to believe the news he searches for a far better diagnoses. The controversy stems from the role of the transgender character Rayon (Jared Leto) not being offered to a transgender actor.

How’s this for controversy–original versions of the 1932 horror picture Freaks aren’t available. Tod Browning’s film was so controversial it brought his directorial career to an end. Lawsuits from audiences due to overly grotesque images too much to stomach for most like: Hercules being castrated and Cleopatra’s hands being melted and reshaped to resemble duck feet.

At the halfway mark on our top 10 controversial movies list visits 9/11. United 93 recounts the terrible events of September 11th. Controversial because many argued that the movie was made too soon. However a good many critics, and theater goers too, disagreed as was apparent with ticket sales ($76 million). Sensitivity was the through line used throughout the production of this film. From the actors chosen to star, to getting every single family member of the survivors to sign off on filming, United 93 stays true to its goal: showing real time events with as little “acting” as necessary.

#4 on our top 10 controversial movies list is a groundbreaking 90’s film. One of the most popular of all the Spike Lee Joints, Do The Right Thing pushes all the buttons to ensure theater goers talk about the film long after leaving their seats. The movie takes place on one of the hottest days of summer in the Brooklyn area of New York. Police brutality, blatant hostility, ethnic pride, and compassion for others will all be experienced.

Straw Dogs comes in at #7 on our top 10 controversial movies list. What will one man do when pushed to his limits? In the case of math wiz David Sumner (Dustin Hoffman) it’s more than taking the law into your own hands–it’s survival in the most primitive means imaginable. After relocating with his wife Amy (Susan George) to a small town where she grew up, they’re met with hostility at every turn. The culmination is the eventual raping of David’s wife. Some film editing had to done regarding the rape scene to get a “R” rating.

How well do we know our leaders? Michael Moore challenges everything we think we know to be true regarding our government, and it’s highest officer, in his controversial documentary Fahrenheit 9/11. From the contentious George W. Bush election storm to the uneasy relationship of the Bin Laden and Bush families over the course of many decades, Moore pours on the dissension.

Mel Gibson knows controversy. In fact, his outrageously successful 2004 film The Passion of the Christ caused so much of a stir, its tickets sales exceeded $600 million. The story of the last hours of Jesus are filled with betrayal and physical abuse that borders on the obscene. 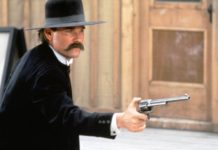 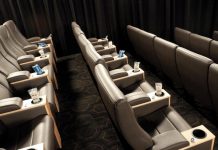 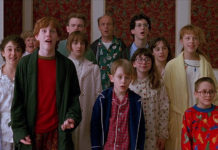 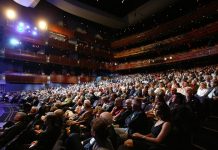