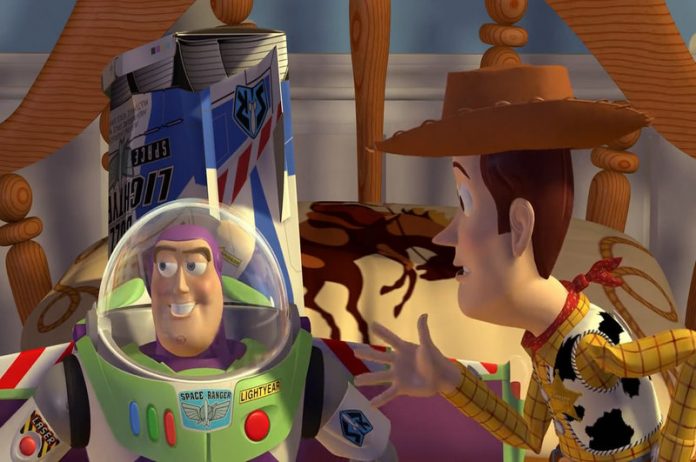 Just because it’s #10 on our top 10 Disney movies list doesn’t mean it isn’t as great as the others. The folks over at Disney give us a gem in Bambi. Movie fans will experience love, joy, and pain right alongside famous animation in the Disney camp.

What is your favorite scene? Bambi’s comical crossing of the frozen pond, or his romance with the adorable doe Faline? Share your family’s favorite below!

There are three major reasons this Disney pic is #9 on our top animation movies list: It’s the first Cinemascope animation, the first full-length feature to boast complete originality, and it is funny.

Lady is the pampered female dog belonging to Jim Dear and Darling. When her owners introduce a baby to the home, Lady begins to feel self-conscious. She believes her days are numbered. Lady chooses to run away and runs into Tramp–an unconventional male dog from the wrong side of the tracks.

The animation magic continues with #8 on our best Disney movies list: The Jungle Book. It is the last animated movie produced under the supervision of Mr. Walt Disney.

Drawing from the well-known storyteller Rudyard Kipling, the story takes place in a tropical jungle. It is here that Bagheera, the Panther (Sebastian Cabot) discovers a baby. Mowgli (Bruce Reitherman) is raised with wolves for ten years, and gains instinct and skill. But will it be enough to face the return of Shere Khan, the Tiger (George Sanders) who has no affinity for humans?

A 2000’s hit earns the #7 spot on our popular Disney movies list. A deep-sea adventure filled with comedy, sentiment, and memorable characters. Finding Nemo is an all-hands-on deck effort to reunite the Nemo family to their Great Barrier Reef counterparts.

While hanging out in a dentist office may not be so bad for some, Nemo wants badly to return to his ocean home. But he’s planned escape is met with one obstacle after another. But with the support of a new friend, Dory (Ellen DeGeneres), Nemo is well on his way back to familiar territory.

Next on our top 10 Disney movies goes back 80 plus years! How does Fantasia continue to engage with children year after year? With a great story, great production, and that wonderful mouse. Therefore, good animation movies like Fantasia stand the test of time.

What’s a good way to encourage a child to appreciate classical music? You guessed it, one of Walt Disney’s best animation movies Fantasia.

Kids will hear standards from Bach, Tchaikovsky’s, Beethoven, Stravinsky, Schubert, Ponchielli and more. But they’re only responsible for the backdrop, it’s the unforgettable Disney characters: the dancing mushrooms, dinosaurs, hippopotamuses, and Mickey Mouse, that keep us glued to the screen.

Just because Fantasia isn’t the newest offering around that doesn’t stop it from being one of the best Disney movies of all-time.

We’ve reached the halfway mark on our top 10 Disney movies list. Sometimes it’s a good idea to introduce new audiences to a classic tale. Beauty and the Beast is a story of both physical and internal allure.

A beautiful young woman, Belle (Paige O’Hara), is taken prisoner by an unsightly beast (Robby Benson). She makes the best of her desperate situation with new friends. Ultimately, Belle sees beyond the Beast’s outward appearance and discovers the heart and soul of a prince.

Love conquers all and it is the reason why it is one of our top 10 Disney movies to watch.

#4 on our top 10 Disney movies list stars the beautiful Pocahontas (Irene Bedard). Disney had fallen out of favor with theater goers in the 1980’s, but because of the huge success of The Little Mermaid, Pocahontas, and other movies they were able to enjoy new commercial success.

Arranged marriages don’t always work. Showing little interest in a suitor picked by her family, Pocahontas enjoys time spent in her canoe or adventures with her pals Meeko and Flit.

Her simple way of life is threatened by the arrival of European settlers, and one John Smith (Mel Gibson) with whom she becomes enamored with.

Love knows no boundaries as evidenced in Disney’s big hit The Little Mermaid. Our mermaid Ariel (Jodi Benson) ventures to the surface and meets The Prince (Christopher Daniel Barnes)–a dashing young man with whom she falls head over heels for.

Of course, there is one drawback: she is a mermaid. But the malicious sea witch Ursula (Pat Carroll) guarantees to fix that. Ariel’s father King Triton (Kenneth Mars) will battle Ursula to dissolve an ill-advised agreement entered by his daughter.

The Little Mermaid has entertained countless children since it’s 90s release and continues to be ranked as one of the best Disney animated movies ever.

As Simba (Jonathan Taylor Thomas/Matthew Broderick) approaches adulthood he is visited by the spirit of his father (James Earl Jones), who instructs him to defeat the wicked Scar (Jeremy Irons) and reclaim his rightful throne.

Borrowing elements from African folk tales, Hamlet, and classical mythology, The Lion King tells its mythic coming-of-age tale with a combination of spectacular visuals and lively music. King features light and rhythmic songs by Elton John and Tim Rice, and a music score by Hans Zimmer.

Easily one of the best animation movies of all time. The Lion King is still as popular today as it was last decade.

Does deciding what good movies on Disney Plus to watch with your kids be so difficult? Not when it has an all-star cast and great production like that in Toy Story.

What does a child’s former #1 toy do when it is replaced by a new one? Gather all the other toys together and plot to destroy the new one of course.

Bringing the entire gang of toys together to displace the shining new spaceman is not easy. Mr. Woody (Tom Hanks) soon finds out that he and Buzz Lightyear (Tim Allen) must actually work together if they’re to survive two more pressing threats: a family relocation and its new neighborhood troublemaker Sid (Erik von Detten).