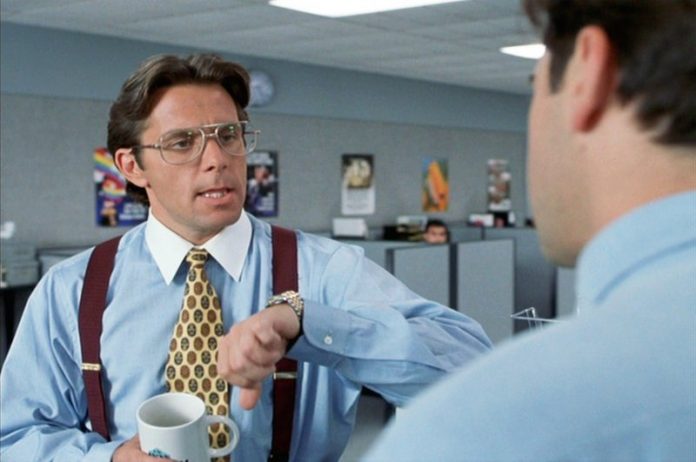 If they’ve done their job right, the top 10 hated movie characters will be here. Briony is just a teen, but that doesn’t stop her. Atonement is a British family saga novel written by author Ian McEwan.

We’re fans of Matt Damon around the Movieplenty offices, but he plays a real sleazeball in his most hated movie characters role. As the police force attempts to reign in the increasingly powerful Irish mafia, authorities are faced with the prospect of sending in an undercover agent or seeing their already frail grip on the criminal underworld slip even further.

Collin Sullivan (Matt Damon) is a street-smart criminal who has successfully infiltrated the police department with the sole intention of reporting their every move to ruthless syndicate head Frank Costello (Jack Nicholson).

In this drama that explores greed and corruption in American business, Giovanni Ribisi plays Seth Davis, an intelligent and ambitious college dropout who runs a casino in his apartment. Eager to show his father that he can succeed, Seth lands a job with a small stock brokerage firm.

He is given a space in the company’s “boiler room,” where he makes cold calls to prospective clients. One of his trainers, Greg Weinstein (Nicky Katt), is a major jerk, and causes problems for Seth every step of the way.

The most hated movie characters say something like, “Hello, Peter, what’s happening?”

Could the most hated characters of all time treat their offspring like they were less than nothing? Apparently so.

What makes a person successful in life? Is it overcoming challenges, a good education, or maybe family support? In the case of Jacob Katadreuffe, it wasn’t help from the latter.

His father Dreverhaven created obstacles to impede his success. Jacob Willem Katadreuffe (van Huêt) spends the greater part of his adult life trying to overcome this movie villain. Despite tremendous odds Katadreuffe becomes a successful lawyer, but not before facing life-threatening circumstances.

Next on our top 10 hated movie characters list is Samuel Norton. The Shawshank Redemption actor pretends to be holier-than-thou but watch out!

If you were receiving free tax services for years, would you treat your tax preparer kindly? Unfortunately, in the case of prison inmate Andy Dufresne (Tim Robbins) you are taken advantage of by Warden Norton (Bob Gunton).

Although the shady warden presents himself as a God-fearing Christian, his evil ways are amoral and cruel. Despite the evil, Andy, and his prison pal Ellis Boyd ‘Red’ Redding (Morgan Freeman), makes the best of things.

Skipping school and getting away with it is not as easy as one might think. Ed Rooney’s (Jeffrey Jones) sole purpose in life is to catch Ferris Bueller (Matthew Broderick) in the act of playing hooky from school.

In addition to making our top 10 movie jerks list, Ferris Bueller’s Day Off was an 80’s phenomenon. Throughout a turn of events that will keep you in stitches, Rooney gets an “A” for being one of the most annoying movie characters ever.

Jane Hudson (Bette Davis) gives new meaning to the word psychopath. The former child acting star has never gotten over the fact that she is no longer one, and that the bane of her existence–her sister Blanche Hudson (Joan Crawford)–still receives notoriety.

To say Baby Jane is jealous of her sister would be the understatement of the year. She absolutely terrorizes Blanche time after time. A delusional Jane Hudson wants to return to the bright lights and center stage.

Unquestionably, she blames Blanche for her low standing in life and is really a bad person. Audiences will loathe the Bette Davis character like very few others.

Kinda makes sense that the average prison guard could act like a jerk. And this is probably a good thing based on the job requirements. But this guy takes our most hateable movie characters list to another level.

It brings a great deal of satisfaction to see someone filled with so much hate–like Percy Wetmore (Doug Hutchison)–receive back what they put out.

An outright sadist with the temper of a spoiled toddler, Percy’s fellow guards don’t care very much for him, his abilities, or his attitude. Nepotism (family connections to the governor) prevents Paul Edgecomb (Tom Hanks) from simply firing the troublemaker. And oh, what an agitator he is.

This famous Office Space star does not earn the most hated movie characters of all time award, but he’s close.

Um yeah – the office manager from hell. What else would you call a guy that walks around your office all day with the sole intent of wreaking havoc on everyone?

If you’ve made plans for the weekend, this worst character in the office will make certain they change. And if you didn’t get that memo about some new office procedure, he will email it to you again. Bill Lumbergh (Gary Cole) is great movie jerk.

Boy, do we dislike this lady. There’s just no other way to put it. Nurse Ratched (Louise Fletcher) performs her role so well that the mere sight of here makes the blood boil.

The top 10 most hated movie characters of all time winner has got to be this nurse from hell. The queen of the psychiatric ward is out to get everyone. She keeps Danny DeVito, Christopher Lloyd, and the rest of the misfits under her thumb. But she deems new patient Randle McMurphy (Jack Nicholson) as an eminent threat to her perfectly run operation.

The sheer evil she holds over her patients is still scary decades later. And when her counterparts reevaluate McMurphy and suggest freeing him, Nurse Ratched chimes in to stop it.