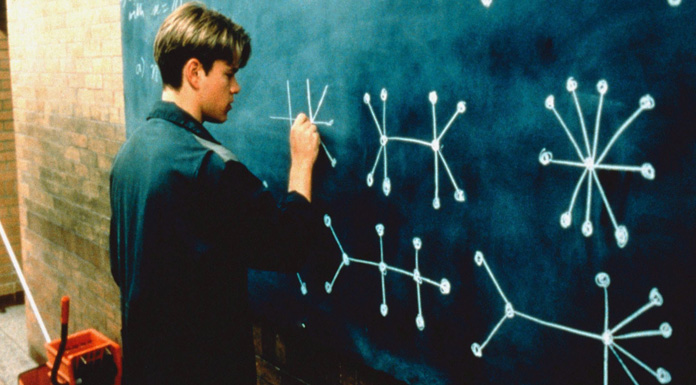 Our top 10 inspirational movies list begins with baseball. As America’s stock of athletic young men is depleted during World War II, a professional all-female baseball league springs up to fill the void.

#9 on our list of top 10 inspirational movies is An Officer and a Gentleman. Even guys will get misty-eyed at the storybook ending to this great film.

Zack Mayo (Richard Gere), a new member of the U.S. Navy, has a bad attitude. When he signs up for the Aviation Academy, he is met with the strict leadership of Sgt. Emil Foley (Louis Gossett Jr.), who lets Zack know immediately naval pilot training will not be easy.

Through Foley’s guidance, and an unexpected romance with Paula (Debra Winger), Zack learns some tough lessons and discovers what he truly wants out of life.

Sally Field has embodied many roles, but none are as moving as this audience favorite. Like a lot of her family before her, Norma Rae (Sally Field) works at the local textile mill. The pay is hardly commensurate with the long hours and crappy conditions.

But after hearing a rousing speech by labor activist Reuben (Ron Leibman), Norma is inspired to rally her fellow workers behind the cause of unionism. Her decision rankles her family, her fiancé, Sonny (Beau Bridges), and provokes contempt from her employers.

#7 on our list of top 10 inspirational movies is the story of Helen Keller. A timeless tribute to the phenomenon that was Helen Keller. Blind and deaf after suffering a terrible fever as a baby, young Helen Keller (Patty Duke) has spent years unable to communicate, leaving her frustrated and occasionally violent.

As a last chance before she is institutionalized, her parents (Inga Swenson, Andrew Prine) contact a school for the blind, which sends half-blind Annie Sullivan (Anne Bancroft) to teach Helen. Helen is initially resistant, but Annie gradually forms a bond with her and shows Helen ways of reaching others.

Will Hunting (Matt Damon) has a genius level IQ but chooses to work as a janitor at MIT. When he solves a difficult graduate-level math problem, his talents are discovered by Professor Gerald Lambeau (Stellan Skarsgard), who decides to help the misguided youth reach his potential.

When Will is arrested for attacking a police officer, Professor Lambeau makes a deal to get leniency for him if he will get treatment from therapist Sean Maguire (Robin Williams).

There aren’t that many true inspirational movies that can deliver as completely as Glory. The cast of Washington, Freeman, Broderick and more bring the civil war to life. Following the Battle of Antietam, Col. Robert Gould Shaw (Matthew Broderick) is offered command of the United States’ first black regiment, the 54th Massachusetts Volunteer Infantry.

Shaw puts together a strong and proud unit, including the escaped slave Trip (Denzel Washington) and the wise gravedigger John Rawlins (Morgan Freeman). The unit is limited to menial tasks at first, but the 54th regiment earns its place on the battlefield and the history books.

Col. Shaw and the 54th regiment volunteered for the deadly assault on Battery Wagner. Earning our #5 spot of top inspirational movies to check out.

Most inspirational movies are made far away from prison walls. But that’s just where The Shawshank Redemption gets its mojo. It’s the story of two inmates with different backgrounds–one black and the other white. Each serving as a teacher to one another to get through their current condition.

Ellis ‘Red’ Redding (Morgan Freeman) is serving a life sentence for cutting the brakes to his wife’s car–resulting in her death. And Andy Dufresne (Tim Robbins) is sentenced to two consecutive life terms in prison for the murders of his wife and her lover.

A friendship with Red (Morgan Freeman) helps Andy cope with the brutality of prison life. An accountant before the crimes, Andy soon does questionable tax services for many prison guards and the warden himself.

It may seem like there is no light at the end tunnel, but Andy’s got a plan. Shawshank has a bleak beginning but finishes as one of the most inspiring movies to watch right now.

Rocky’s teacher is the gritty Mickey Goldmill (Burgess Meredith). And when he’s not training inside the ring, Balboa is pursuing Ms. Adrian (Talia Shire)–the homebody sister of his buddy Paulie (Burt Young).

Boxing movies are exciting to watch by default, and inspirational sports movies like Rocky touch us like few others can.

#2 on our best motivational movies list is a Christmas classic. Movies to cry to like It’s a Wonderful Life will get you every time no matter how many times you’ve watched them.

After suffering a huge business mistake and likelihood of bankruptcy looming, George Bailey (James Stewart) makes a wish to have never been born.

George doesn’t believe it will be granted, or that anyone heard him to begin with. But his wish wash heard and it is made true by his angel Clarence Odbody (Henry Travers). It doesn’t take long for George to realize how many lives he impacts, and that he’s better off with the living.

In short, Clarence does a fine job of uplifting George and helping to make one of the best inspirational movies of all time.

To say Will Smith has made a lot of real-life inspirational movies is an understatement. His motivational films include Ali, Concussion, and Seven Pounds.

Certainly, one of his best inspirational movies is The Pursuit of Happyness–the ultimate rags to riches tale. Pursuit is based on the true story of Chris Gardner (Will Smith). A black stockbroker who founded his own brokerage firm.

Audience members are moved by Smith’s fascinating portrayal of a man who pulls himself up by his boost straps to achieve success. But it wasn’t easy as shown in the scenes with Smith sleeping on trains, bathroom floors, and homeless shelters.

A tough situation to overcome solo, let alone with his young son Christopher (Jaden Smith). But this created the motivation in him to do and achieve more.