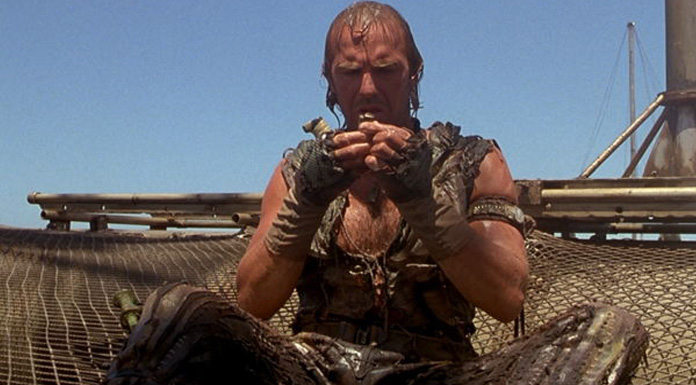 First on our list of top 10 movie flops starred Elizabeth Taylor in the title role. And even with a big star like Taylor and adjusting for inflation, would you believe Cleopatra cost 20th Century more than $1 billion dollars? (Adjusted for inflation.)

This was easily one of the biggest box office bombs of the day. And we don’t mean in terms of cash recouped. (The film made money.) The problem was the cost overruns, the production delays, the affair rumors, and the modest success.

Do you have four hours to watch a love story? That’s how much time it will take to sit through this old flop movies like this one.

An epic story that is as daring and ambitious as its subject–a relentless conqueror (Colin Farrell) who by the age of thirty-two had amassed the greatest empire the world had ever seen. Past and present collide to form the puzzle of the protagonist, a tapestry of triumphs and tragedies.

Alexander’s rise to power, expansion of his empire, and his ultimate downfall all pale to the actor that portrays him.

#8 on our list of top 10 movie flops is a bomb that starred Kevin Costner. How can we take this movie seriously when Costner is proudly sporting a seashell as an earring?

Most of the globe is underwater after the melting of the polar ice caps. Some humans have survived–notably the Mariner (Kevin Costner)–by adapting to the ocean by developing gills. A loner by nature, the Mariner reluctantly befriends Helen (Jeanne Tripplehorn)–and her young companion Enola (Tina Majorino)–as they escape from a hostile island.

Every still frame of this movie looks as though the actors didn’t care to be a part of the project. Seasoned adventurer Dirk Pitt (Matthew McConaughey) sets out for the African desert with his sarcastic companion (Steve Zahn).

The two are in search of a ship, and its rumored treasure, that vanished long ago. When the daring duo come across beautiful scientist Eva Rojas (Penélope Cruz)–on a mission to stop a powerful plague–their desert expedition heats up.

What makes a box office flop? A poor plot, casting, and production are just a few reasons. In feudal Japan, Lord Asano rules his province with fairness. But the jealous Lord Kira (Tadanobu Asano) fears that the shogun favors Asano over him and hatches a plot that ends with Asano’s ritual suicide.

After Asano’s death his samurai, led by Oishi (Hiroyuki Sanada), are forced to live as outcasts. Oishi wanders for several years, but realizes that he must turn to Kai (Keanu Reeves)–a mixed-blood warrior he once rejected–to help him and his ronin comrades take revenge on Lord Kira. A top 10 movie flops winner no matter how you look at it.

Get ready because we’re going to Mars. Milo is a 9-year-old boy who has a lot on his mind like monster movies, comic books, and other fun stuff. He has no time for homework or eating vegetables.

Milo’s getting tired of his mom nagging him to do these things, and his mom is tired of nagging. So, Milo tells his mom that life would be more fun without her–just in time for her Martian abduction. Milo stows away on their spaceship, determined to launch a rescue.

Mars just misses the biggest flop in movie history spot. Disney usually gets it right, but not this time.

Take a role and make it your own. Seems to be good advice for an actor. But Depp’s go at the hero from the fifties doesn’t convince fans.

In 1933 a boy discovers an ancient Native American in a sideshow carnival tent. The Indian is Tonto (Johnny Depp), the old companion of John Reid (Armie Hammer)–more famously known as the Lone Ranger. Tonto takes this opportunity to set the record straight about his and Reid’s adventures.

Tonto recalls the day he first encountered the man who would become his trusted friend and tells of their teamwork bringing down Butch Cavendish (William Fichtner) and other Old West outlaws.

Want to know the main reason why Hollywood couples rarely work together on a picture? Because it does not translate on film. Gigli (Ben Affleck) is ordered to kidnap the psychologically challenged brother of a federal prosecutor.

But plans go astray, Gigli’s boss sends in Ricki (Jennifer Lopez)–a free-spirited female gangster–to assist. Gigli begins falling for the decidedly unavailable Ricki, which could be a hazard to his occupation. Their relationship takes a dive and so did the movie. This disaster will make anyone’s top 10 movie flops list.

This film’s bad. No one liked it. Not movie fans, movie critics, or studio executives. In the year 3000 there are no countries or cities. Earth is a wasteland, and man is an endangered species.

As the leader of the evil Psychlos, Terl and his race have taken over the world’s natural resources and disregarded everyone else. It’s up to Jonnie “Goodboy” Tyler, a brave human, to battle the Psychlos and restore normalcy to the world. Battlefield Earth gets our vote for movie flops.

#1 on our list of top 10 movie flops is Cowboys & Aliens–we agree, the entire concept sucks. We love cheeseburgers at Movieplenty and we also love chocolate cake, but we don’t eat them together.

Despite a great cast that includes Harrison Ford and Daniel Craig, and movie direction from the acclaimed Jon Favreau, the pairing of these two genres just didn’t work. Amnesiac gunslinger (Daniel Craig) wanders into a frontier town called Absolution. He quickly learns that strangers are unwelcome, and no one does anything without the approval of tyrannical Col. Dolarhyde (Harrison Ford).

But when Absolution faces a threat from beyond Earth, the stranger finds that he is their only hope.