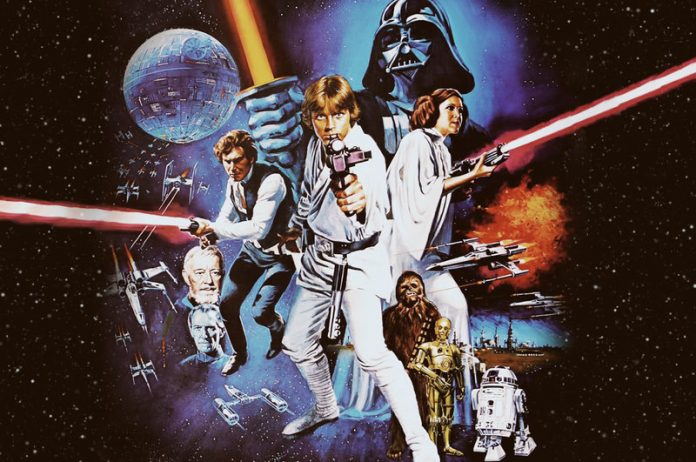 First on our list of top 10 movie lines is from a classic Humphrey Bogart picture. “Badges? We ain’t got no badges. We don’t need no badges. I don’t have to show you any stinking badges!”

Imitation is the sincerest form of flattery, and the famous movie quotes from The Treasure of Sierra Madre have been the subject of many music, TV, and film interpretations. In fact, most funny movie quotes list will have this one on it.

“Frankly, my dear, I don’t give a damn.” Replacing “damn” with “hoot” or “care”, as was suggested, simply would not have worked. Rhett Butler’s (Clark Gable) famous movie lines to Scarlett (Vivien Leigh) had the censor board in a tizzy over what was socially acceptable in 1939.

A Production Code amendment later (not to mention a large fine), this well-quoted line is one of film’s most popular.

Midnight Cowboy is #8 on our list of the best movie lines. “I’m walkin’ here!” There is some argument as to who came up with it, but whether the line Dustin Hoffman delivers belongs to him or producer Jerome Hellman, doesn’t matter.

Walking across a busy New York City intersection, Enrico Rizzo (Hoffman) continues to sale a naive newcomer, Joe Buck (Jon Voight), on his ability to secure dates with rich women. As a matter of fact, the sales pitch continues as a taxi driver nearly runs them over.

But don’t just watch this iconic scene, checkout the entire movie for the superior acting performances as well.

“No wire hangers! No wire hangers ever!” Some may describe Joan Crawford, the subject of Mommie Dearest, as high maintenance, but there is no denying her great work ethic.

This biopic stars Faye Dunaway as Joan Crawford. Ms. Dunaway delivers these famous movie lines after reaching her wits’ end with her seemingly ungrateful daughter. May you never use a wire hanger again.

In fact, he will get the nod ten times out of ten. Pacino receives flack for his melodramatic method way of going about things, but you will not take your eyes off this stirring performance.

Mr. Pacino expertly directs the courtroom as our #6 best movie quotes of all time entry.

Halfway through our list of famous movie quotes takes us to outer space. “The Force will be with you…always.” Perhaps one of the most recognizable of all the movie quotes, is the one Obi-Wan Kenobi says.

The iconic line is used again in the two sequels: The Empire Strikes Back (1980) and Return of the Jedi (1983). The original Star Wars, later re-titled Star Wars Episode IV: A New Hope, is often regarded as one of the best movies ever produced.

People continue to watch the movie over and over, and it grossed nearly a half a billion dollars. We’d say the “Force” is with Mr. George Lucas.

“Open the pod bay doors Hal.” Dr. Dave Bowman (Keir Dullea) delivers this line to regain entry into his ship after being locked out of it by the ship’s computer–HAL 9000 (Douglas Rain).

“Made it, ma! Top of the world!” James Cagney’s performance in White Heat is tops in the classic gangster film genre. Equally important, is the fact that it was added to the National Film Registry in 2003.

Cagney, and his iconic movie quotes, are well-known. Perhaps less known, is that one of Hollywood’s most famous actors was an accomplished dancer too.

Clint Eastwood has had utter many great movie quotes in his long-acting career. He maybe best known for his lines in Dirty Harry.

“…you’ve gotta ask yourself one question: ‘Do I feel lucky?’ Well, do ya, punk?” Smith & Wesson and their .44 Magnum handguns were made famous by Inspector Harry Callahan played by Clint Eastwood.

The San Francisco cop is feed up with the legal system and its overwhelmingly popular choice to protect potential suspects, rather than protecting the rights of violent crime victims.

“I coulda been a contender. I coulda been somebody, instead of a bum, which is what I am, let’s face it.” Marlon Brando’s inspirational speech to his brother is one of the most pivotal moments in the movie.

One of the most popular movies of the 1950’s, On The Waterfront tops our greatest quotes of all times list.