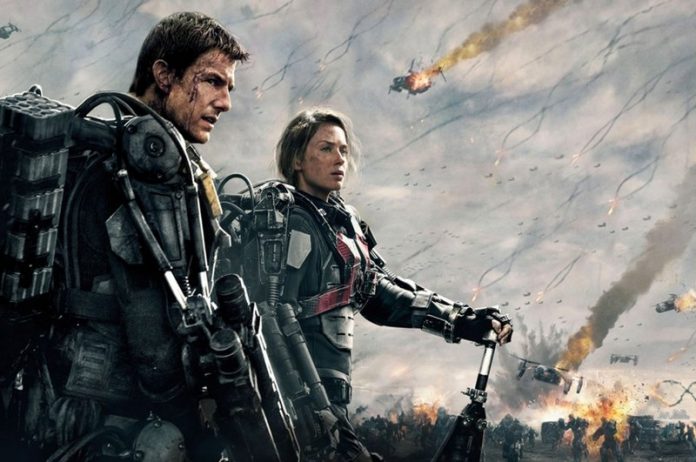 Our top 10 movies of 2014 start with Begin Again. Begin is a soul-stirring comedy about what happens when lost souls meet and make beautiful music together.

Gretta (Keira Knightley) and her boyfriend Dave (Adam Levine) are college sweethearts and songwriting partners who escape to New York when he lands a deal with a major label. But the trappings of fame soon tempt Dave to stray, and a lovesick Gretta is left on her own.

Best action movies 2014 goes to Edge of Tomorrow. An alien race has attacked Earth in an unrelenting assault sometime in the future. In fact, they are unbeatable by any military unit in the world.

Major William Cage (Tom Cruise) is an officer who has never seen a day of combat and is unceremoniously dropped into what amounts to be a suicide mission. Killed within minutes, Cage now finds himself inexplicably thrown into a time loop. He is now forced to live out the same relentless battle over and over.

There is some great acting going on in James Gray’s The Immigrant. Ewa Cybulski (Marion Cotillard) and her sister sail to New York from their native Poland in search of a new start and the American dream.

When they reach Ellis Island, doctors discover that one of the sisters, Magda (Angela Sarafyan), is ill. So, the two women are separated.

Ewa is released onto the mean streets of Manhattan while her sister is quarantined. With nowhere to turn, Ewa quickly falls prey to the underworld. She meets Bruno (Joaquin Phoenix), a charming but wicked man that forces her into prostitution.

Carl Casper (Jon Favreau) quits his job at a prominent Los Angeles restaurant after refusing to compromise his creative integrity. Unsure what’s next, he finds himself in Miami teaming up with his ex-wife (Sofia Vergara) for ideas. With help from his son and longtime friend (John Leguizamo), they launch a food truck.

Chef Carl reignite his passion for the kitchen after just a short time on the road. In addition to rekindling his love for food, Carl develops a new zest for life and love. A feel-good movie that deserves the #7 spot on our best films 2014 list.

But her status prevents her from the traditions of noble social standing. Belle must make do with watching from the sideline as her cousin Elizabeth (Sarah Gadon) chases suitors for marriage.

The best comedy movies 2014 selection goes to Wes Anderson. The Grand Budapest Hotel is an adventure focused on Gustave H (Ralph Fiennes). Mr. H. is a legendary concierge at a famous European hotel.

He takes new lobby boy Zero (Tony Revolori), who later becomes his most trusted friend, under his wings. The story involves the theft and recovery of a priceless Renaissance painting, and the battle for an enormous family fortune.

A crime drama from Michaël R. Roskam, the Academy Award nominated director of Bullhead. Based on a screenplay from Dennis Lehane (Mystic River, Gone Baby Gone), The Drop follows lonely bartender Bob Saginowski (Tom Hardy) through a covert scheme of funneling cash to local gangsters – “money drops” in the underworld of Brooklyn bars.

Under the heavy hand of his employer and cousin Marv (James Gandolfini), Bob finds himself at the center of a robbery gone awry. Standout performances by Hardy and Gandolfini make this an easy pick for our top 10 best movies 2014 list.

Filmed over 12 years with the same cast, Richard Linklater’s Boyhood is a groundbreaking story of growing up as seen through the eyes of a kid named Mason (Ellar Coltrane). Mason literally matures on screen! But this isn’t the main reason it makes our most popular movies 2014 list.

Boyhood navigates the rocky terrain of childhood like no other film before it. The critically acclaimed picture stars Ethan Hawke and Patricia Arquette as Mason’s parents, and newcomer Lorelei Linklater as his sister Samantha.

Just missing out on our top 10 movies of 2014 is The Fault In Our Stars. A romantic coming of age type of movie that just feels right.

Hazel and Gus are two extraordinary teenagers who share an acerbic wit, a disdain for the conventional, and a love that sweeps over them. Their relationship is even more miraculous, given that they met and fell in love at a cancer support group.

This heartfelt movie is based upon the bestselling novel by John Green. You’ll explore the funny, thrilling, and tragic business of being alive and in love.

The least of which is fellow cast member, and loose cannon, Mike Shiner (Edward Norton). Other obstacles Riggan must deal with include rocky relationships with his daughter, ex-wife, girlfriend, and a gloomy critic.

Birdman took home Oscars in several categories including Best Picture, Best Actor, Best Director, and more. We think it is the best movie of 2014. Let us know what you think below.