Starting off our top 10 movies of 2016 is Hail Caesar! In the early 1950s, Eddie Mannix is busy at work trying to solve all the problems of the actors and filmmakers at Capitol Pictures. His latest assignments involve a disgruntled director, a singing cowboy, a beautiful swimmer and a handsome dancer. As if all this wasn’t enough, Mannix faces his biggest challenge when Baird Whitlock gets kidnapped while in costume for the swords-and-sandals epic “Hail, Caesar!” If the studio doesn’t pay $100,000, it’s the end of the line for the movie star.

Colin Farrell stars as David, a man who has just been dumped by his wife. To make matters worse, David now lives in a society where single people have 45 days to find true love, or else they are turned into the animal of their choice and released into the woods. David is kept at a mysterious hotel while he searches for a new partner. But after several romantic misadventures, he decides to make a daring escape.

Holland March (Ryan Gosling) is a down-on-his-luck private eye in 1977 Los Angeles. Jackson Healy (Russell Crowe) is a hired enforcer who…hurts people for a living. Fate turns them into unlikely partners after a young woman named Amelia (Margaret Qualley) mysteriously disappears. Healy and March learn the hard way that some dangerous people are also looking for Amelia. Their investigation moves along, but only turn up more dead bodies.

#7 on our top 10 movies of 2016 stars Swede Levov (Ewan McGregor) and Dawn Levov (Jennifer Connelly). American Pastoral follows “Swede”, a legendary high school athlete, who grows up to marry a former beauty queen. Swede’s seemingly perfect life shatters when his daughter rebels by becoming a revolutionary. She commits a deadly act of political terrorism during the Vietnam War and vanishes.

Our top 10 movies of 2016 continues with a movie filmed in New Zealand–Hunt For The Wilderpeople. Raised on hip-hop and foster care, defiant city kid Ricky gets a fresh start in the New Zealand countryside. He quickly finds himself at home with his new foster family: the loving Aunt Bella, the cantankerous Uncle Hec, and a dog named Tupac. When a tragedy strikes that threatens to ship Ricky to another home, both he and Hec go on the run. As a national manhunt ensues, the newly branded outlaws must face their options: go out in a blaze of glory or overcome their differences and survive as a family.

The director (Tommy Lee Jones) of the CIA assigns a top agent (Alicia Vikander) to draw former operatives Jason Bourne (Matt Damon) and Nicky Parsons (Julia Stiles) out of hiding. Same story, but we never get tired of this movie franchise.

Political pressure mounts to install a system of accountability when the actions of the Avengers lead to collateral damage. The new status quo deeply divides members of the team. Captain America (Chris Evans) believes superheroes should remain free to defend humanity without government interference. Iron Man (Robert Downey Jr.) sharply disagrees and supports oversight. As the debate escalates into an all-out feud, Black Widow (Scarlett Johansson) and Hawkeye (Jeremy Renner) must pick a side. You can’t miss this action movie.

The Birth of a Nation is a 2016 historical period drama about Nat Turner, the slave who led a rebellion in Southampton County, Virginia in 1831. The film is written, produced, and directed by Nate Parker (his directorial debut), who pulls double duty as the film’s leading character Nat Turner. It had a $8 million production budget and started filming in May 2015 in Georgia.

#1 on our top 10 movies of 2016 is Rogue One. An outlaw band of resistance fighters unite to steal the Death Star and bring new hope to the galaxy. Rogue One: A Star Wars Story takes place before the events of Star Wars: A New Hope and will be a departure from the saga films, but have elements that are familiar to the Star Wars universe. It basically explores the galactic struggle from a ground-war perspective while maintaining that essential Star Wars feel that fans have come to know. 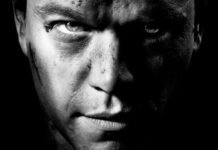 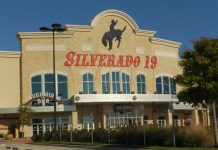 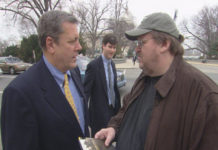 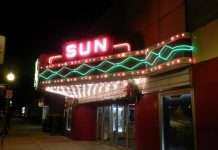