Our top 10 movies of 2019 begins with The Peanut Butter Falcon. A feel-good movie that will stay with you long beyond rolling credits. After setting fire to some rival fishermen’s gear, loner Tyler (Shia LaBeouf) escapes by boat down the North Carolina coast. His getaway is jeopardized however when he discovers Zak (Zack Gottsagen) — a young man with Down’s syndrome — stowing away on his vessel with hopes of running away to wrestling school. Can a residential nursing home run away befriend a man running from the authorities and become a pro wrestler?

Eddie Murphy plays Rudy Ray Moore, the singer, nightclub comic and proto-rapper who in 1975 produced and starred in the cult blaxploitation comedy Dolemite, based on the outrageously obscene character he’d created for his standup act and bestselling LPs. The nearest Brit equivalent was probably Derek and Clive. With never-say-die attitude, Moore battles through his ailing career in its early days: the sometime singer and dancer has an epiphany on seeing a garrulous homeless guy reciting rhyming tales of a legendary character called Dolemite.

Murder sees cast members Daniel Craig and Christopher Plummer (The Girl With the Dragon Tattoo) on screen again. Renowned crime novelist Harlan Thrombey (Christopher Plummer) is found dead at his estate just after his 85th birthday, the inquisitive and debonair Detective Benoit Blanc (Daniel Craig) is mysteriously enlisted to investigate. From Harlan’s dysfunctional family to his devoted staff, Blanc sifts through a web of red herrings and self-serving lies to uncover the truth behind Harlan’s untimely death.

Exploring how a data company named Cambridge Analytica came to symbolize the dark side of social media in the wake of the 2016 U.S. presidential election, as uncovered by journalist Carole Cadwalladr. This is sure to be a controversial movie, not just because it sees Brexit and the GOP Presidential campaign involvement with Cambridge Analytica as a sinister, almost military-grade level of psychological warfare against an unsuspecting public, but because it also highlights how large groups of people can easily be led to vote against their own interests.

#6 on our top 10 movies of 2019 list started life as a Kickstarter campaign! The Last Black Man in San Francisco is a 2019 drama directed and produced by Joe Talbot (his directorial debut) based on a story by Jimmie Fails and Talbot. It stars Fails, Jonathan Majors, Danny Glover, Tichina Arnold, Rob Morgan, Mike Epps and Finn Wittrock. The plot centers on the efforts of an African-American man, Jimmie, to reclaim his childhood home, a Victorian house in the Fillmore District.

Coming in at #5 is on our list of the best movies of 2019 is an awesome documentary that tackles the lost job issue in America. In post-industrial Ohio, a Chinese billionaire opens a new factory in the husk of an abandoned General Motors plant. Early days of hope and optimism give way to setbacks as high-tech China clashes with working-class America.

Alain is in his 40’s and runs a famous publishing house which publishes novels by his friend Léonard, a bohemian writer. Alain’s wife, Selena, is the star of a popular TV series and Léonard’s companion, Valérie, is the devoted assistant of a political figure. Although they are longtime friends, Alain is about to turn down Léonard’s new manuscript, complicating the relationship between the two couples.

“One small step for man…” Neil Armstrong’s famous lines on taking his momentous step to Buzz Aldrin’s heart-stopping joke about what would happen if he absent-mindedly pulled the capsule door shut behind him on his way down the ladder; Apollo 11 takes you on the mission to outer space. And what is maybe just as remarkable is not the journey to the moon but the journey back to Earth, and the views of the planet from space, the historically new perspective. It never gets old. Are we ever going to go back?

Amazing Grace centers on Aretha Franklin’s two-night performance in 1972 which led to the biggest-selling live gospel album of all time, is no less troubled. Apparently inspired by the financial success of Mike Wadleigh’s festival behemoth Woodstock, and with an eye on increasingly “synergistic” film/music/TV markets, Warners enlisted Oscar winner Sydney Pollack to direct multi-camera 16mm footage of the 29-year-old Franklin recording her next album at the New Temple Missionary Baptist church in Los Angeles.

#1 on our top 10 Movies of 2019 deals with social class. Kim Ki-woo (Choi Woo-sik) and his family fold pizza boxes for a delivery company to make ends meet cash, steal Wi-Fi from the local coffee house, and leave their windows open when the neighborhood is being sterilized. Ki-woo’s life changes when a friend offers to recommend him as an English tutor for a girl he’s been working with as the friend has to go out of the country for a bit. The friend is in love with the young girl and doesn’t want another tutor to take his place. Greed and class discrimination threaten the newly formed symbiotic relationship between the well-to-do Park family and the impoverished Kim clan. 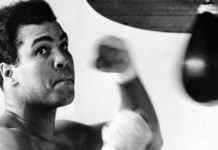 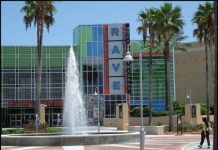 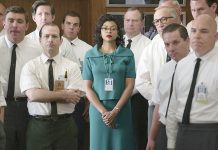 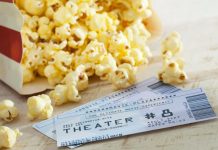 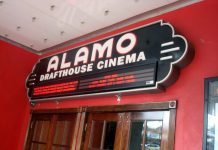