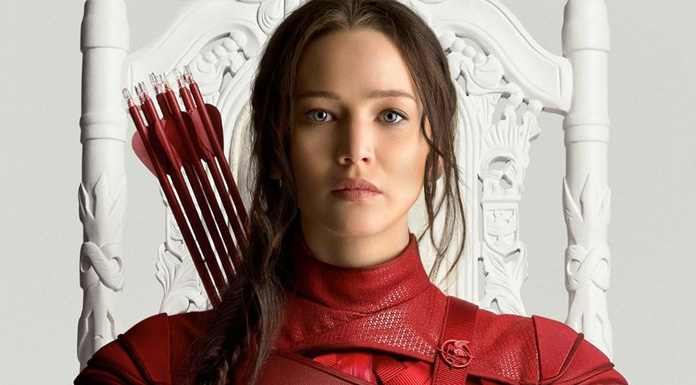 We start our top 10 movies to rent 2016 list in the war room. Complications arise when a lieutenant general (Alan Rickman) and a colonel (Helen Mirren) order a drone strike in Nairobi, Kenya.

The moral implications of modern warfare are confronted head-to-head when an air strike has been given the green light, but a nine-year-old girl wonders into the targeted area.

If we’re counting down the best movies in 2016 to rent, we can’t leave out Zootopia. And it’s not just the $1B in box office sales. It’s the smart plot twist, and dealing with feminist and racial topics in a meaningful way. All these factors combine to make it one of the best Disney plus movies of the year.

The modern mammal metropolis of Zootopia is a city like no other. Comprised of habitat neighborhoods like ritzy Sahara Square and frigid Tundratown, it’s a melting pot where animals from every environment live together.

But when rookie Officer Judy Hopps (Ginnifer Goodwin) arrives, she discovers that being the first bunny on a police force isn’t so easy. The best animated movies 2016 include voices of Jason Bateman, Idris Elba, J.K. Simmons, and more.

Miles Ahead makes our top 10 movies to rent 2016 list because it’s not just about the music. It’s about what we all face at one time or another in our lives.

The best films have us question who we really are, what we have to say, and how will we say it. Oh yeah…we get to know more about the legendary jazz artist Miles Davis too.

On a December morning in 1970, Elvis Presley (Michael Shannon) showed up on the lawn of the White House to request a meeting with President Nixon (Kevin Spacey). The untold true story behind this revealing, yet humorous moment in the Oval Office.

Are you aware that the picture of their meeting is the most requested photograph in the National Archives? Yes, the King of Rock ‘n’ Roll makes our good movies 2016 list.

Still upset from the loss of her mother, medical student Nancy Adams (Blake Lively) travels to a secluded beach for some peace. Despite the danger of surfing alone, Nancy decides to soak up the sun and hit the waves.

Suddenly a great white shark attacks, forcing her to swim to a giant rock for safety. Left injured and stranded 200 yards from shore, she must fight for her life as the deadly predator circles her in its feeding ground.

One of the most popular movies of 2016 because it’s life or death. keep our attention. The Shallows achieves this with little effort.

In 2008, Wall Street guru Michael Burry (Christian Bale) realizes that several subprime home loans are in danger of defaulting. Burry bets against the housing market by throwing more than $1 billion of his investor’s money into credit default swaps.

Viewed as insane, his actions attract the attention of banker Jared Vennett (Ryan Gosling) and hedge fund specialist Mark Baum (Steve Carell) but enrage his investors. All in all, they make buckets of cash off the housing market catastrophe.

Steve Carell and company created one of the best movies of 2016 with this film. Hurry and rent or stream this one.

Omalu names the disorder chronic traumatic encephalopathy and publishes his findings in a medical journal. As other athletes face the same diagnosis, the crusading doctor embarks on a mission to raise public awareness.

But speaking about the dangers of football and head trauma has lukewarm reception. Concussion is one of the best movies from 2016.

On the morning of May 10, 1996, climbers Rob Hall (Jason Clarke), Beck Weathers (Josh Brolin), and others start their final ascent toward the summit of Mount Everest, the highest point on Earth.

With little warning a violent storm strikes the mountain, engulfing the adventurers in one of the fiercest blizzards on record. Challenged by the harshest conditions imaginable, the climbers must endure freezing temperatures in an epic battle of survival.

The wonderful shots and the great acting are why Everest ranks 3rd on our list of best films of 2016.

Enforcing their will using violence to get what they want; the siblings orchestrate robberies and murders while running nightclubs. With police detective Nipper Read (Christopher Eccleston) on their heels, the notorious brothers continue their rapid rise to power.

Legend is one of the no-brainer movies on Netflix 2016 or any year.

Realizing the stakes are no longer just for survival, Katniss Everdeen (Jennifer Lawrence) teams up with her friends: Peeta Mellark (Josh Hutcherson), Gale Hawthorne (Liam Hemsworth), Finnick Odair (Sam Claflin), and others for the ultimate mission.

Together, they leave District 13 to liberate the citizens of war-torn Panem and assassinate President Snow. What lies ahead are mortal traps, dangerous enemies and moral choices that could eventually determine the future of millions.

The Hunger Games franchise is in good hands. And part two is our top movies 2016 rental pick.