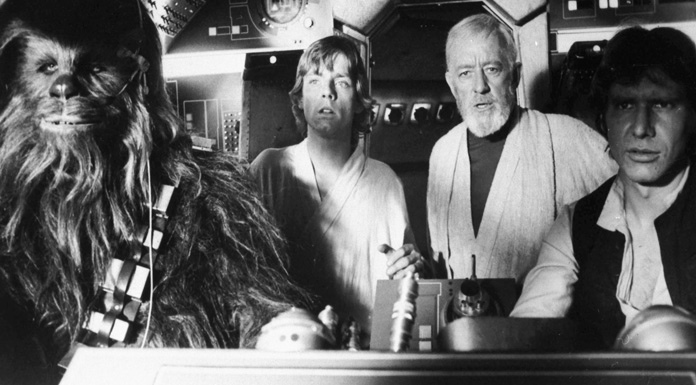 #10 on our top 10 sci-fi movies list is a classic 50’s gem. When a UFO lands in Washington, D.C. bearing a message for Earth’s leaders, all of humanity stands still. Klaatu (Michael Rennie) has come on behalf of alien life who have been watching Cold War-era nuclear proliferation on Earth.

Although The Day is an older film, it’s still one of the best sci fi movies produced.

This sci fiction movie tells the story of an astronaut crew who make a crash landing on a strange planet. Appearing uninhabited at first, the surviving crew members stumble upon a society in which apes have evolved into creatures with human-like intelligence and speech–and they are the dominant species.

The entire genre of sci fiction movies owes a debt of gratitude to this fantasy standard.

The best sci fi movies entertain us and trigger our imaginations. Inception does this with a great story line and lots of action.

Dom Cobb (Leonardo DiCaprio) is a thief with the rare ability to enter people’s dreams and steal their secrets from their subconscious. His unique skill set has made him a hot commodity in the world of corporate espionage but has cost him everything he loves.

Sci fi thriller movies that can hold your attention for two and half hours are rare. Inception does it with complete ease.

One of the most popular movies of the 1980’s also produced a top 10 sci-fi movies list classic. Back to the Future follows small-town teen Marty McFly (Michael J. Fox) as he finds himself smack in the middle of the 1950’s after an experiment goes sideways. Marty’s eccentric-scientist friend Doc Brown (Christopher Lloyd) looks strange enough to handle it all.

Known for one of the most recognizable scores ever, Close Encounters of the Third Kind is an adventure about a group of people attempting to make contact with aliens from another galaxy. Are UFO’s real, or are our imaginations teasing us?

This 70’s essential is one of the best sci fi movies of all time.

#5 on our best sci-fi movies list takes us deep into space. Sandra Bullock and her crew try to survive an unexpected meteor shower while working on a space station. You’ll be glued to your screen as you watch their desperate attempt to return to Earth.

Steven Spielberg has directed a lot of great movies over his long career. E.T. is one of his earlier productions and features a very cute Drew Barrymore and a lovable creature from outer space.

If you see a foreign object project out of a fellow crew member’s abdomen, would you lose your mind? If that doesn’t do it, how about being killed one by one by the most ghastly looking creature imaginable?

Alien is one of the most successful sci fi horror movies for good reason.

The Sci-fi classic by George Lucas is one of the most talked about, successful, and entertaining movies ever brought to life. Noted for taking special effects to another level–and winning multiple Academy Awards–it is the ultimate hero-saves-the-day picture.

The best space movies are timeless. Watching 2001: A Space Odyssey five decades ago had to be a phenomenal experience. The story and visual brilliance are as fresh today as they were in the sixties! A credit of course to one of filmmaking’s masters–Mr. Stanley Kubrick.

Previous articleCellphone Use Banned In All U.S. Movie Theaters
Next articleTop 10 Movies of 2019