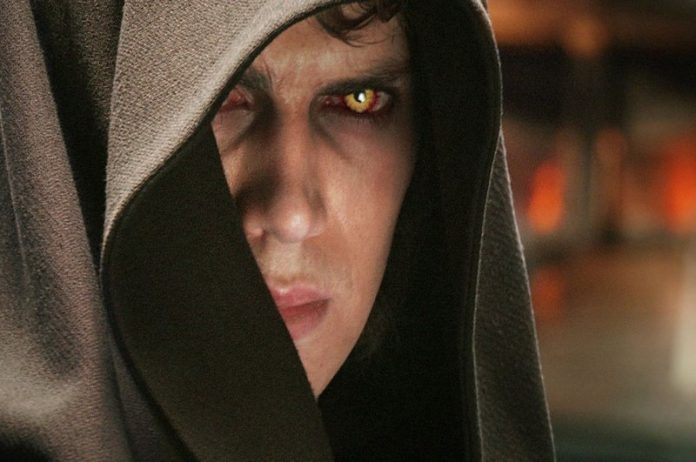 Our top 10 worst movie casting list starts with Irish actor Colin Farrell. Not a bad actor, but his portrayal of Alexander The Great? Not a chance.

From the bleach blonde hairdo to the silly pout face he kept giving us, this was an epic casting fail. The Warner Brothers flop received overwhelmingly negative reviews regarding the overall picture as well.

Oliver Stone’s lead didn’t convince anyone that he was great at war, accents, or anything else for that matter.

This storyline is going along just fine except for Buddha’s being played by Keanu Reeves. Now we like the guy in The Matrix, Speed, and Bill and Ted’s Excellent Adventure, but not as the religious great.

We’re moving on to #3 on our top 10 casting fails list. What do you think about when you hear the name Anakin Skywalker? The lack of convincing dialogue delivery and semblance of leadership are missing in this young Skywalker choice.

The earlier work of George Lucas–the original Star Wars, The Empire Strikes Back, and even The Return of the Jedi–were all home runs (great casting). But this production? Not so much.

Our #7 bad casting choice is The Duke. Typecasting exists for a reason–to help define what roles an actor is best suited playing.

If you’ve built your career around playing the toughest cowboy in the land, why would you switch things so drastically? Never mind that Genghis Khan was a Mongolian emperor–that would be the same ones of Asian descent.

The Conqueror is also considered one of the worst films ever. Perhaps a classically trained and physically acceptable Yul Brenner would have been a better choice.

#6 on our top 10 casting fails list is no prince. This is a perfect example of an actor thinking that movie fans would give him a pass because he’s…well…an actor.

Robin Hood is the story of an upbeat carefree type of Englishman that robs from the well-to-do and gives to the not so well-to-do. Costner is not believable as the cheery type.

A British accent was also lacking and would have been a good thing to attempt. We like him better when he’s acting in one of his baseball films.

Halfway there on our worst movie casting picks with Paint Your Wagon. A sing-along film with Dirty Harry? Who green lit this musical starring one of the biggest western heroes ever?

A pretty good singer in the role–and he should be able to test his range–but this is Clint Eastwood. If we wanted to see musicals about the West, Hollywood should have hired someone like Gene Kelly–acting, dancing, and singing on tap.

She did a much better job in her baptism scene in the original Godfather movie–because she was a baby with no lines to deliver. We know that’s a low blow, but her terrible acting totally undermines the severity of the death scene (and any others) she’s in.

A film like Lost in Translation (Ms. Coppola directs) would never make onto a top 10 worst movie casting list, but this poor choice will.

Just because you’re the daughter of Francis Ford Coppola doesn’t give you a free pass. Show up for work unprepared and you will be criticized.

If the role calls for someone from a certain ethnic group, it is probably a good idea to find an actor that fits the bill. Breakfast at Tiffany’s is a movie classic, but the selection of Mickey Rooney as an Asian landlord was a bad casting choice.

Why not cast an Asian actor in such a non-pivotal role? To say Rooney’s appearance was stereotypical and politically incorrect is an understatement. An example on what not to do when wearing the casting director’s hat.

Mickey Rooney has acting in many films throughout his long career in Hollywood, but this maybe his worse. Earning it the #3 slot for top 10 worst movie casting list.

We’re not certain Rock of Ages could have been saved from becoming a box office disappointment. Hiring actors that haven’t acquired the chops–or are unwilling to commit to their character–is sure to sink a production.

Hough’s character is a star-seeking newbie fresh off the bus, and she wants to become the next big thing. The only problem is she doesn’t move, sing, or act in a manner that is believable. Director Adam Shankman must direct one of the worst casting choices in recent memory.

How does a movie that cast Gary Oldman and Anthony Hopkins not do well with critics? By casting the wrong actor. If you’re not going to make certain you have the role buttoned up, don’t accept it.

Bram Stoker’s Dracula had the potential to garner positive press from critics and audiences alike, but that was not the case here. Sorry Keanu. Oh, that makes two times the Matrix star has appeared on our top 10 worst movie casting list. He’d better stick to the roles he knows well.