Our top 10 boxing movies list starts with a boxer you can’t really understand–Mickey O’Neil (Brad Pitt). Boxing promoter Turkish (Jason Statham) convinces a gangster by the name of Brick Top (Alan Ford) to allow bets on his bare-knuckle boxer, Mickey. This is boxing, so things can go sideways quickly and they do. Mickey does not throw his first fight as previously agreed, and an infuriated Brick Top demands another match. Squaring off outside of the ring, are a host of criminals fighting over a priceless diamond.

Fictional aging heavyweight Louis “Mountain” Rivera (Anthony Quinn) is defeated by a young Cassius Clay, the future Muhammad Ali. Rivera’s scheming manager (Jackie Gleason) owes money on bets placed against his client Rivera and convinces him to wrestle instead of boxing. Humiliated by the suggestion, Rivera finds himself against the ropes as his career choices fade.

#3 on our top 10 boxing movies list is The Hurricane. Denzel Washington is Rubin “Hurricane” Carter, a man whose dreams of winning the middleweight boxing title were short-lived. Carter was arrested and found guilty for the murders of three people in a New Jersey bar. Sentenced to three life terms in prison, we later find out he and his partner John Artis (Garland Whitt) were wrongfully convicted. Why does Hurricane make our top 10 boxing movies list? The superior acting performance of Washington, and his nemesis Detective Della Pesca (Dan Hedaya).

During the Great Depression, ex-boxer James J. Braddock (Russell Crowe) works as a day laborer until his former manager Joe Gould (Paul Giamatti) offers him a one-time shot against a rising young contender. True to form, Braddock wins the fight and decides to stay in the ring for more. The Cinderella Man goes from government handouts to cash in hand and turns his attention to a battle with champion Max Baer (Craig Bierko). A fearful wife character by the name of Mae (Renée Zellweger), prays no harm will come to her man. Her scenes are slightly cliché and reminiscent of the Adrian/Rocky scenes from Rocky, but the final product is one of the best boxing movies ever.

The best boxing movies make the cut regardless of the year, and Southpaw doesn’t disappoint. Billy “The Great” Hope (Jake Gyllenhaal), the reigning junior middleweight boxing champion, has it all: loving family, illustrious career, and money. But one ill-fated evening changes this, and Billy loses everything. He soon finds an unlikely trainer in Tick Willis (Forest Whitaker), a former fighter who trains the city’s toughest. A gripping story as we long to see Billy put things back together, and become a champion once again.

A top 10 boxing movies entry with the word “fat” in its title? The boxing classic Fat City gets it done. Passing the torch to a younger fighter can be difficult, especially when that athlete hasn’t come to grips with reality. Tully (Stacy Keach) is inspired by a much younger boxer Ernie (Jeff Bridges) to return to the ring and tries one more time to be champ. Both fighters seem up for the challenge mentally, but that’s only half of the battle during all those rounds.

Eastwood, Freeman, and Swank received multiple Oscar Awards for Million Dollar Baby (a top 10 boxing movie that showcases a female boxer), but the raw energy and performance of Michelle Rodriguez in Girlfight cannot be denied. Diana Guzman’s (Rodriguez) path to womanhood has been nothing short of exhaustive to both her and everyone who knows her. Struggling to find answers and solace in a crazy world, this hot-tempered young lady laces up a pair of gloves and takes on herself–and anyone in her way–inside a boxing ring.

Love him or hate him, Martin Scorsese’s classic boxing movie is a top 10 contender. The rage and self-destructive behavior that was Jake LaMotta is captured by Robert DeNiro. It didn’t do well at the box office during its initial release, but is now regarded as a classic piece of film history. This boxing pic goes the distance.

Coming in at #2 on our list of top 10 boxing movies is Rocky. Sylvester Stallone stars as Rocky Balboa, a small-time boxer from around the way. Balboa is a standup guy who deserves and gets the break of a lifetime: a fight with heavyweight champ Apollo Creed (Carl Weathers). Rocky’s love interest is Adrian (Talia Shire), whom he meets in a pet store and his trainer is the unforgettable Mickey Goldmill (Burgess Meredith). Get ready to cheer for the Italian Stallion.

After you watch this documentary about three-time world heavyweight Muhammad Ali, you will know why this boxing phenomenon impacted the world like he did. Brash, cocky, and more than a little arrogant, Ali backed up all claims of being the best with sheer speed, agility, and punching prowess. When We Were Kings focuses on Ali’s epic battle with daunting opponent George Foreman. In summary, the host town of Kinshasa, Zaire hasn’t been the same since. 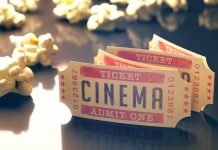 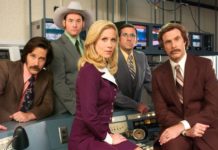 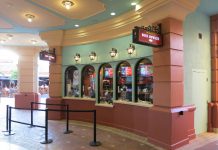