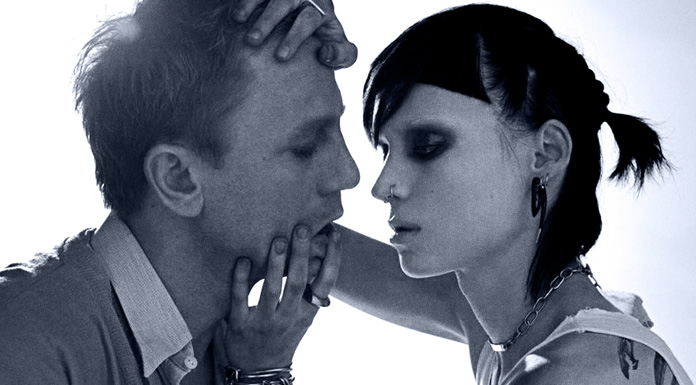 Any movie spelled with just one letter must be special. #10 on our top 10 murder mysteries list is the classic M starring Peter Lorre.

Hans Beckert (Peter Lorre) is a serial killer who preys on children, and he quickly becomes the target of a massive manhunt. Unquestionably, Beckert’s heinous crimes are so repulsive and disruptive to city life, that the seedy underworld network joins the search. With both cops and criminals in pursuit, Beckert becomes panicked to escape justice.

Robert Altman journeys to England for the first time to create a unique film mosaic with an outstanding ensemble cast. Set in the 1930’s, “Gosford Park” brings a group of pretentious rich and famous socialites together for the weekend. So, when a murder occurs, every one of the affluent guests becomes a suspect.

And just when we think we know who the culprit is, Altman surprises us. Looking for one of the best whodunit movies you can watch? Gosford got you covered.

This 2000’s favorite enjoys a 93% rating on Rotten Tomatoes and is one of the best murder mystery movies on Amazon Prime. Award-winning director Christopher Nolan leads the critically acclaimed Memento.

Leonard (Guy Pearce) is tracking down the man who raped and murdered his wife. Locating his wife’s killer is compounded by his untreatable form of memory loss. For example, he can recall details before his accident, but Leonard cannot remember what happened fifteen minutes ago, where he’s going, or why he’s doing whatever it is he’s doing.

The Coen Brother’s Fargo drama isn’t shot in the town of the same name in North Dakota. In fact, Minnesota serves as the film’s backdrop.

Clearly, this is a simple enough plan until Jerry and the goons are pulled over by a state trooper.

One of the best murder mystery movies around stars James Bond. The Girl with the Dragon Tattoo will keep you engaged from beginning to end.

Disgraced financial reporter Mikael Blomkvist (Daniel Craig) finds a chance to redeem his honor after being hired by wealthy Swedish industrialist Henrik Vanger (Christopher Plummer). Mikael’s new job is to solve the 40-year-old murder of Vanger’s niece, Harriet (Moa Garpendal). Mr. Vanger believes that Harriet was killed by a member of his family.

The movie wouldn’t be as good without Mikael’s new unlikely partner Lisbeth Salander (Rooney Mara). The only problem for Mr. Blomkvist is she’s an abnormal but resourceful investigator whose trust is not easily won.

8-year-old Cole Sear (Haley Joel Osment) is haunted by ghosts and gets visitations constantly. He is too afraid to tell anyone about his anguish, except child psychologist Dr. Malcolm Crowe (Bruce Willis).

As Dr. Crowe tries to uncover the truth about Cole’s supernatural abilities, the consequences for client and therapist are a jolt that awakens them both to something unexplainable. The Sixth Sense is well-known for being one of the best murder mysteries movies ever and a perfect ending.

In this classic French film, the cruel and abusive Michel Delassalle (Paul Meurisse), becomes the target of a murder plot. The plan is hatched by an unlikely duo–his meek wife Christina Delassalle (Vera Clouzot) and the mistress Nicole Horner (Simone Signoret).

Despite this the women successfully kill Michel. But they quickly become disturbed by a series of odd occurrences after Delassalle’s corpse disappears.

Tony Wendice (Ray Milland) wants to have his wealthy wife, Margot (Grace Kelly), murdered to get her inheritance. When he discovers her affair with Mark Halliday (Robert Cummings), he comes up with the perfect plan to kill her.

He blackmails an old acquaintance into carrying out the murder, but the meticulously planned slaying somehow goes wrong. Margot cheats death, and now the husband must cover his mistakes before the police catch on.

Phoenix secretary Marion Crane (Janet Leigh) is running from the law for stealing $40,000 from her employer. The scheme is to run away with her boyfriend Sam Loomis (John Gavin) and marry.

Marion avoids main roads but is forced to stop at the Bates Motel due to a heavy rainstorm. She decides to call it a night, however the hotel’s operator, Norman Bates (Anthony Perkins) has other plans for her.

“The greatest trick the devil ever pulled was convincing the world he didn’t exist,” says con man Verbal Kint (Kevin Spacey). By drawing a comparison, Verbal attempts to convince the feds that the mythic crime lord Keyser Soze does exist. His alibi? Soze is responsible for a multi-million-dollar heist that ended with an explosion on board a boat in the San Pedro Harbor.